“Cycling can never be a mainstream mode of transport in big cities, the distances people travel are too great”

It is often claimed that although cycling is a mainstream mode of transport in Dutch and Danish cities, that could never be the case in larger cities, because the travel distances are too great for cycling to be a practical option.

For example, in London 70% of all journeys are under 5 miles (8km), and 42% are under 2 miles (3.2km) – distances that are easy for most people to cycle, given a safe and comfortable environment in which to do so. In particular, trips made by car in London are exceptionally short – half of all London residents' car trips are under 2 miles (3.2km). Transport for London's own (conservative) assessment estimates that at least 41% of all London trips could easily be cycled – some 8 million trips per day – which would have a hugely positive effect on air quality and motor traffic congestion.

So while cycling may not be suitable for every journey, we can see that many journeys in even very large cities are within cycling distance – if it is catered for as a serious mode of transport.

It's also worth pointing out that, while the Netherlands does not have cites as large as London, the Randstad is composed of 8 million inhabitants – effectively, a low-density city. 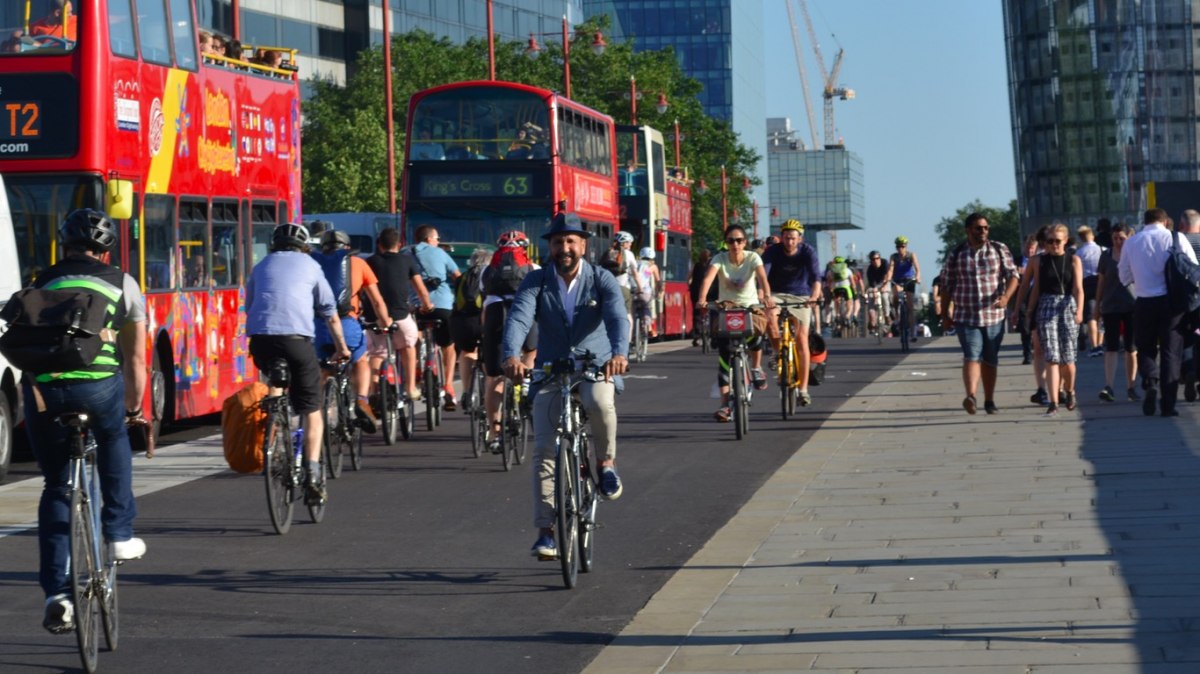 Photo by As Easy as Riding a Bike (Public domain)